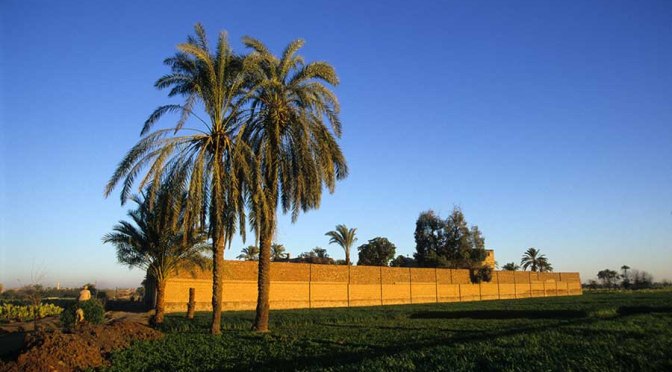 Having passed through the ruins of Tell El-Amarna, an ephemeral ancient Pharaonic city, the Holy Family came to Dayrut Al-Sharif. Today one finds at this place the Monastery of Abu Sarabam, and an old Christian cemetery with a tree, that according to tradition, gave shelter to the Holy Family.

The monastery is named after Anba Sarabam, the Bishop of Nikiou, Delta. He lived at the end of the 3rd century and fled from the persecution in his city to Dayrut. Inside the Church of Anba Sarabam, one will find some pillars identical to those of Dayr al-Muharraq and the Church of Sarakna, which suggests that they were built at the same time period. 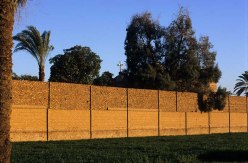 Photo: Norbert Schiller, the tree hanging over the wall is believed to have given shelter to the Holy Family, Dayrut al-Sharif. 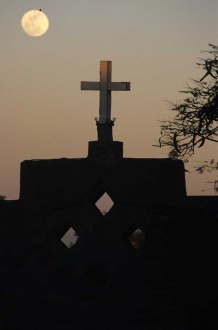 Photo: Norbert Schiller, a cross over the entrance of Dayr Abu Sarabam.

Photo: Paul Perry, a tree which is believed to have given shelter to the Holy Family during their visit to Dayrut Al–Sharif.

Photo: Paul Perry, a local standing beside a painting of the Holy Family’s journey to Egypt at the monastery outside the town of Dayrut Al–Sharif.

Photo: Paul Perry, an icon of Anba Sarabam, bishop of Nikiou, Delta, who lived at the end of the third century.